by Jon Grannis, 11 months ago

Note: The information appearing in this publication is intended to provide information relating to employment and labor law. It is not intended as legal advice or opinion. For legal advice, please consult your HR and/or Legal departments.

Q. It seems like more and more employees are filing hostile environment harassment claims whenever they are subjected to behavior that they feel is rude or offensive. How many of those claims result in legitimate law- suits against an organization?

A. It’s a common misperception that the definition of what constitutes illegal harassment
has expanded over the past few years. In fact, if anything, case law has somewhat narrowed the definition. Illegal harassment still requires that the behavior is directed at a “protected” class (race, color, sex, religion, national origin, age, or disability), but what constitutes a “protected” class seems to have broadened. For example, the percentage of EEOC charges alleging sexual harassment filed by males has increased over that same time frame.

We do hear about more and more harassment and discrimination (along with retaliation) claims being filed. And generally, so has the amount of money paid out by employers to settle claims. Moreover, while we have heard that a handful of large corporations have paid millions to settle harassment/discrimination allegations, we don’t often hear the fact that a very large percentage of cases are dismissed as having no merit.

Q. My organization has a harassment policy in place. Our processes and procedures regarding identifying and dealing with harassment are legally compliant. So, I don’t have anything to worry about, right?

A. Wrong. Simply having the policy/procedures in place is not a total solution. Courts have said that you must make sure employees know what they are and then follow them. That means constant (at least annual) training that is documented, so you can prove both employees and supervisors are aware of the policy.

Although it may never get all the way to court, employees can still file a charge of harassment with the EEOC or a state or local civil rights agency. Having a charge filed can cause needless disruptions to an employer’s morale and productivity, not to mention the expense of having to deal with the claim.

Q. I thought that ending up in court was the real problem. Does it really cost that much to deal with a claim that gets tossed out by a judge?

A. Before a harassment  case even gets to court, federal (and most state) laws require employees to “exhaust administrative remedies” by filing a charge of discrimination with the EEOC or similar state or local agency. At the agency level, employers must respond to charges even if they believe them to be meritless, and the charge will work its way through the agency, which could take several months or years, depending on the agency. Alternatively, federal and most state laws allow the claimant to request the “right to sue” and go directly to court after the charge has been pending at the agency for a certain amount of time (180 days for EEOC charges). Thus, the process basically starts over in court, again often taking over a year to get to court. Many employers try to get the case thrown out before trial by filing a motion for summary judgment, which is typically done after costly and time-consuming written discovery and depositions have been completed, and several months of attorney’s fees are incurred. Even if the employer wins, then the employee may appeal the decision. This can lead to thousands of dollars in company expenses, just to “clear its name” by defending a meritless claim.

Q. What are some examples of inappropriate behaviors that are currently not considered illegal, but often lead to claims of harassment?

A. This is a tricky question, as there is no clear point at which activity crosses the line from “inappropriate” to “illegal.” Federal law does not prohibit simple teasing, offhand comments, or isolated incidents that are not extremely serious. The conduct must be sufficiently frequent or severe to create a “hostile work environment” or result in a “tangible employment action,” such as hiring, firing, promotion, or demotion. The problem lies in discerning what conduct rises to the level of a “hostile work environment.”

Harassment cases often involve conduct that began as “innocent” bullying, hazing, teasing, or horseplay. As there is no clear delineation between “innocent” teasing/hazing, etc. and “illegal” harassment, employers should make clear to employees that none of this type of conduct will be tolerated.

Q. So, how do I minimize the filing of unfounded harassment claims?

It's Still Not Just About Sex Anymore™: Harassment & Discrimination in the Workplace (2019 Version)Off-The-Shelf Video Program (ILT) 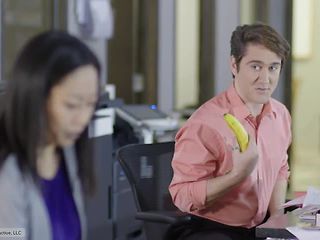